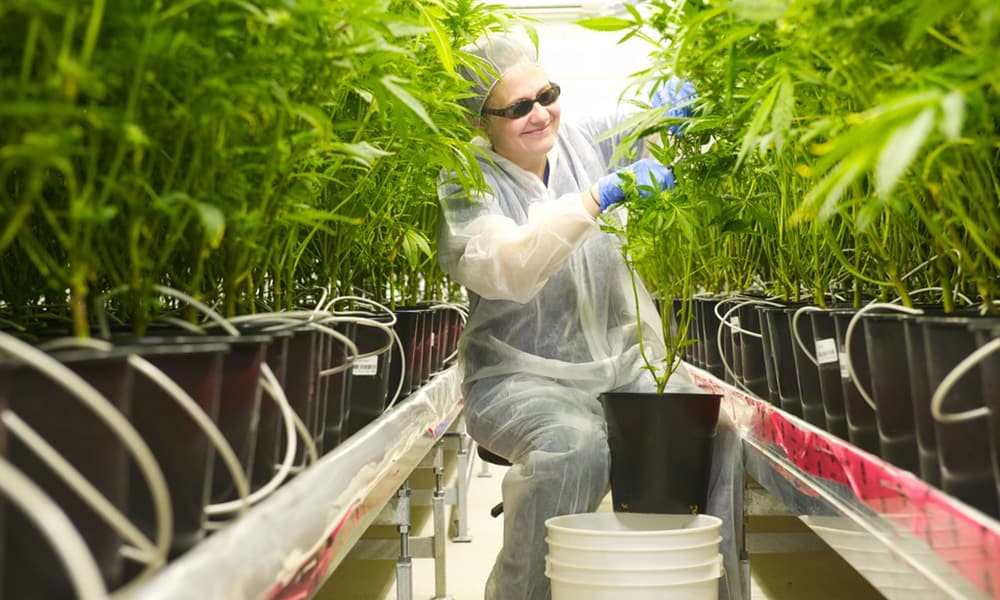 As expected, the recent national legalization of cannabis in Canada has acted like a starter’s pistol for cannabis companies coiled at the block, ready to go public as fast as possible. Already, the year has been a massive one for cannabis companies. Because now that weed is legal across Canada, Canadian cannabis businesses finally have access not just to Canadian stock exchanges, but to U.S. exchanges as well.

Tilray Just Went Public With A $1.5B Valuation

So far, however, the Canadian cannabis companies that have listed on the New York Stock Exchange traded on exchanges in Canada first.

On Thursday, Tilray, a medical cannabis company, joined their ranks. But Tilray is unique. The company didn’t list on a Canadian exchange before trading on the NYSE. Rather, Tilray is the first company to go public on a U.S. stock exchange first.

Tilray, a Canadian medical marijuana company that grows, processes and sells cannabis wholesale, is a “pure play” company. And that essentially means that it focuses just on a single product. Pure-play companies appeal to investors that want to focus on a particular market segment.

Tilray exports its cannabis globally. It supplies dozens of clients in Australia, Canada and Germany. The company’s production facilities reside in Canada and Portugal.

And on Thursday, the company made its Nasdaq debut, offering 9 million shares of Class 2 common stock. When the opening bell rang on Thursday, Tilray began trading under the banner TLRY. Shares opened at $23.05 per.

In its SEC filing, Tilray announced it hoped to sell stock at around $15 per share. On Wednesday, the IPO priced $17 per share. Those prices put Tilray somewhere between a $1.3B and $1.5B valuation.

Canadian Companies Have A Major Advantage Over U.S. Cannabis Businesses

In the United States, a business must meet certain requirements to list on stock exchanges. And one of the major requirements is following the law.

And because cannabis is illegal under U.S. federal law, any domestic cannabis company is violating that law. So U.S. marijuana companies simply can’t meet listing requirements for U.S. exchanges.

Sure, U.S. companies can trade on Canadian exchanges. But only if they’re willing to pay steep fees to do so. And besides, Canada’s largest stock exchange and the ninth-largest in the world, the Toronto Stock Exchange (TSE) does not allow U.S. cannabis companies to list.

Whether other Canadian companies will follow the rush to U.S. exchanges by Cronos Group, Canopy Growth and Tilray remains to be seen.