As Wagner tells the story, she and her partner smoked up before having sex. And it ended up being some of the best she’d ever had. That gave her the idea to create a strain that would help her, and any other woman have that same kind of experience. So she figured out which strain she and her partner had smoked that night.

It turns out they’d smoked Mr. Nice, which already has a reputation for being an excellent aphrodisiac. From there, she set out to create a new strain. The idea was to pull out the most sex-enhancing aspects of Mr. Nice and find a way to make them even more intense.

It looks like Wagner eventually succeeded. Sexxpot highlights the qualities of Mr. Nice that make it a good aphrodisiac. At the same time, it adds some new traits. The result is a strain that’s hyper-focused on enhancing your senses and making you more open to sexual experiences.

A lot of this has to do with the THC content of Sexxpot. The strain was developed to have a relatively small amount of THC. While a lot of the most popular cannabis strains have around 18 to 20 percent THC, Sexxpot comes in much lower, around 14 percent.

That might seem a little bit counterintuitive. If you’re trying to make a super effective cannabis strain, wouldn’t you want it to have tons of THC? That’s usually true. But it turns out that less THC may actually be a better route for a strain that wants to improve sex.

The theory is that the lower THC will be just enough to elevate all your senses. At the same time, it’ll help you be calm, relaxed, and less inhibited. But it’s not enough to completely overwhelm you. Sexxpot won’t make you couch locked. Similarly, it won’t leave you too spaced out to function.

The combo of all this is the perfect recipe for good sex. Heightened senses, lower inhibitions, but still fully functioning.

Sexxpot is only available in the San Francisco Bay Area.

Sexxpot is an indica strain developed primarily from Mr. Nice. And since it’s an indica, its effects are primarily in your body. But the key is that it’s not too hard hitting.

That means that it’s strong enough to stimulate your body and get you revved up to hit the sheets. But thanks to Wagner’s careful planning, this strain’s not so strong that you’ll end up zonking out before you can actually make it to the bed.

As a child of Mr. Nice, this strain draws on a strong indica lineage. That’s because Mr. Nice was itself developed from two well-known strains: G13 and Hash Plant.

Sexxpot carries on the tradition of all these strains. At the same time, it elevates these strains’ sensual qualities and takes it to a whole new level.

When you first handle Sexxpot nugs, you’ll notice that they’re compact and that they have a strong scent. Sexxpot buds smell skunky, slightly fruity, and are most often described as smelling super danky. Those smells carry over into the actual smoke, which takes on a slightly sour taste as well.

A few puffs in, expect to notice a nice mellow body high that will still leave you mentally alert. And since it’s designed to enhance women’s orgasms you should probably have sex right after you and your partner smoke up.

How To Get It

Currently, Sexxpot is only available in California. And if you’re lucky enough to live in the Bay Area, then you can actually get it delivered right to your door.

That’s because Wagner’s company has recently teamed up with the cannabis company Lady Chatterleys.

They’ll help you arrange a delivery time so you can get puffing and get busy. If you don’t live in California, you’ll obviously have a harder time getting your hands on this strain. But hopefully, it will start popping up in other parts of the country sometime shortly.

As more and more states legalize weed, the odds of that happening seem to be improving. Just last fall, for example, four states legalized recreational use. And four more approved new medical marijuana legislation. As a result, 1 in 5 Americans will now have access to some form of legal cannabis.

Additionally, there are already a bunch of new cannabis-related bills already in the works throughout the country. In the meantime, you can sign up for updates at Sexxpot’s website. Sexxpot’s focus specifically on women and weed taps into a long, although sometimes under-recognized, tradition. Unfortunately, a lot of the stereotypes about weed kind of leave women out of the picture.

Most pop culture images are of stoner dudes and pothead bros who get high and sit around all day. But those stereotypes are obviously off base. For starters, weed smokers are anything but a bunch of lazy, hopeless, stupid stoners.

Weed smokers represent a huge range of people. And that range includes artists, activists, business people, inventors, entrepreneurs, and pretty much everyone and everything in between. It also includes women. In fact, there are tons of reasons why weed and women are a perfect match.

For starters, the cannabis plants that produce smokeable buds are the female ones. So right off the bat, there’s a female connection. But beyond that, cannabis is known to help women cope with menstrual aches, pains, and cramps. It also helps women navigate menopause. And along with Sexxpot, there are a bunch of other weed-related products that tap into the power cannabis has to enhance women’s sexual lives.

To top it all off, there’s the simple fact that women are involved with the world of weed at every level. Women breed weed, they grow and harvest weed, they sell weed, they run weed businesses, and of course, they smoke it. Sexxpot is one of the many ways that the connection between women and weed is smashing stereotypes and moving the entire world of weed forward.

Why Weed Gives You Better Orgasms 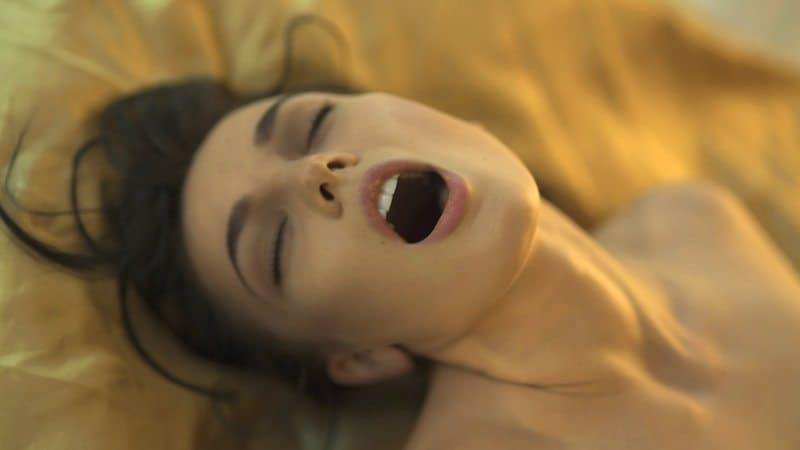 Sexxpot isn’t the only strain in the world that will improve your sex life. In fact, all strains will enhance things to some level. That’s because cannabis is a natural aphrodisiac.

One of the many benefits of smoking weed is a better sex life. There are a couple of reasons why. For starters, when you get high it elevates pretty much all of your physical sensations.

Studies have found that your sense of smell and taste are heightened when you smoke weed. The same goes for your perception of color.

And if you’ve ever listened to music while getting stoned, you know that smoking weed enhances how you hear things, too.

This state of heightened sensation means that you’re more sensitive to sexual stimulation as well. And that translates into better sex. But that’s not all. Smoking weed also helps with the psychological side of sexuality.

Getting intimate with another person is powerful and at the same time, a little bit intimidating. Your nerves and inhibitions end up getting in the way. When you’re feeling stressed out or nervous or whatever, it’s harder to get into the experience of being sexual.

But smoking weed helps ease your nerves and lower your inhibitions. And that ultimately empowers you to dive into your sexual experiences fully. The combination of all this is the perfect storm for some mind-blowing sex. Another reason Sexxpot is such an interesting development is that its part of a larger trend of developing specialty cannabis strains. Of course, breeding new strains has been part of cannabis culture since day one.

The general process involves identifying strains with desirable traits and then trying to highlight those traits in future plants.

A lot of the time, a breeder will take pollen from a male plant and then use it to fertilize a female plant from a different strain.

The flowers that female produces then carry characteristics of both the mother plant and the father plant.

In this way, breeders can manipulate the characteristics of the buds the plants produce. And good breeders can pinpoint which traits they want in a particular breed.

The result of all this is that the world of cannabis now has literally thousands of different strains. And each one has a slightly different combo of characteristics.

Those characteristics include plant size and shape, how long it takes to flower, color, smell, taste, and of course, the effects it produces.

The legal cannabis industry is booming as weed becomes legal in more states. And as the industry grows, so too does the demand for new specialty strains.

It’s becoming more and more common to see strains like Sexxpot that have been carefully bred to produce very particular effects.

Other Pot Products For Women’s Orgasms And Women’s Health Sexxpot isn’t the only weed product out there that’s designed to enhance women’s sexual experiences and women’s health.

In fact, this is becoming a niche sector within the larger cannabis industry.

Probably the most well-known product targeting women’s sexuality is Foria. This is a cannabis-based lubricant that increases female sensitivity.

One sex expert said that cannabis lubes like Foria improve sex for women because they “get your clitoris high.”

If you know what you’re doing, you can also make your own cannabis lube right at home. One way or another, lubes and oils are one way to tap into the sexual power of cannabis without actually smoking or eating it.

But weed isn’t just used to improve women’s sexual experiences. There are also cannabis tampons that are designed to cure menstrual cramps and pains.

Similarly, there are some products created to help women tap into the broader health benefits of cannabis. Whoopie Goldberg, for example, created her own medical marijuana company that focuses specifically on women.

Her product line includes sprays, topical rubs, and more. And while all these products are designed to improve women’s day to day lives, they’ve also opened up new space for women to get into the business side of the cannabis industry.

In fact, the legal cannabis industry has become something of a hot spot for women execs and entrepreneurs.

Continue Reading
You may also like...
Related Topics:Sexxpot, Strain