Paul Farnan is a researcher who specializes in addiction at the University of British Columbia in Canada. He’s among a group of researchers and doctors who claim that putting cannabis in your anus is more effective than smoking a joint.

Farnan supports his shocking claim with a pretty common sense analogy. “We know opium helps pain,” Farnan explains, “and we’re able to develop morphine and other medicines from opioids.”

However, Farnan continues, you wouldn’t say to people who have pain: “Hey, why don’t you smoke opium?” Farnan’s point is that when it comes to certain medications, how you take it matters.

That’s why he and other doctors are arguing that rectal cannabis may be the best non-smoking delivery method for medical cannabis.

Smoking Medical Cannabis Has Its Downsides Mikkhail Kogan is the medical director of the Center for Integrative Medicine at George Washington University in Washington, D.C. He says he sees absolutely no reason why people should smoke cannabis for medical reasons. Especially considering all of the other options out there for consuming medical cannabis: oils, pills, topicals, tinctures, and the list goes on.

Paul Farnan agrees. He thinks that there’s a problem currently with how medical cannabis gets presented to potential patients. “We’re kind of saying to people, ‘We think there’s some stuff that cannabinoids will be helpful for. Why don’t you just smoke cannabis?” According to Farnan, that’s a problem, because cannabis smoke isn’t very safe or healthy for your lungs.

In the first place, its pretty common for insufficient amounts of the drug to make it into the user’s bloodstream through the lungs. This issue becomes a real problem for certain cannabinoids. Often, CBD and other medically useful components of the cannabis aren’t present in very high amounts like THC is. When there’s only a few percent points concentration of the desired chemical, smoking can be an ineffective delivery method.

So why not eat it? The problem there, according to doctors, has to do with the acid in your stomach. Digestive juices can also interfere with or degrade the amount of medicine the body absorbs from medical cannabis.

Why Putting Cannabis Up Your Butt Works Better 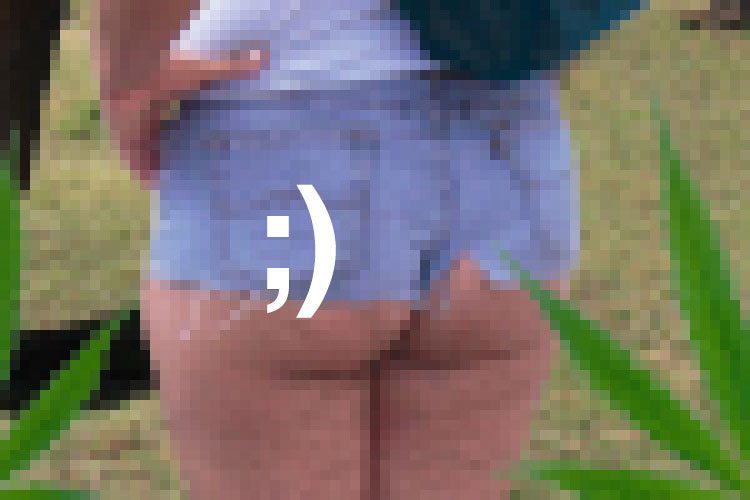 Taking the problems of smoking and eating cannabis into account, Kogan offers some unique advice. Take your medical cannabis rectally, up your butt. But why? According to Kogan in Huffington Post,

“Rectally is actually a lot more preferred because of the volume of absorption. You can put a lot more in and it gets absorbed a lot better.”

But not everyone is very, shall we say, open, to this way of administering medical cannabis. But Kogan has an interesting point. Doctors have administered medicine rectally for decades, because of the quick and complete rate of absorption of the tissue in the colon. Even frat boys know this; they have, after all, popularized the method of “butt-chugging” alcohol to get insanely drunk insanely fast.

However, on a serious note, rectal cannabis could help doctors administer the ideal dose of medicine without the risks of smoking or the problems of eating it. Jeff Blackmer, the spokesperson for The Canadian Medical Association, says that lack of reliable research into the side-effects and correct dosage of medical cannabis make doctors reluctant to prescribe.

Whether or not you take your medical cannabis rectally, however, doctors want you to be careful with your lung health. Debra Lynkowski, head of the Canadian Lung Association, is urging patients and doctors to use medical cannabis without smoking it.

The issue is that currently, there’s no real way to control how medical cannabis patients consume it. And so far, smoking is the most accessible, well-known way to do it.

Continue Reading
You may also like...
Related Topics:Anus, Suppository